Research into human limb regeneration, allowing amputees to regrow lost limbs as if the injury never happened, has yet to experience a ‘Chicago Pile Moment’ in our history of medical science.

However, this may greatly change in our near future as scientists probe deeper into the depths of human limb regeneration research and stem cell technologies, as new discoveries are made and the dots are connected, opening up a new era of medicine.

They feel that we are now approaching a cusp where a potential break through will occur as we become more advanced.

The expression ‘Chicago Pile Moment’ comes from the breakthrough in Nuclear Power back in the 1950s’ when under the Manhattan project the world’s first nuclear reaction took place. This changed the history of science as new sources of energy were proven. It was barely enough to power a light bulb but within about 5 years the first nuclear reactor was build that powered the first town with electricity.

For the moment Human Limb Regeneration Research is still in the realms of science fiction. However, a discovery that was made by accident, leads to insight of what it would take for humans to regrow arms and legs with Salamander and Newt-like style.

This observation came from a Harvard scientist and his team researching into cancer. George Daley of the Children’s Hospital in Boston and Harvard Medical School were running an experiment into Mice that had been genetically modified. 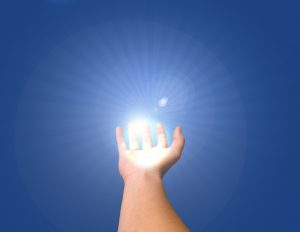 In order to correctly identify the mice, Mr. Daley and his team would bore holes into the ears of the mice. However, they found that the mice would keep messing up their experiments as the holes kept healing. The scientists then attempted to clip of the tips of their toes but the toe tips grew back.

The mice had been genetically modified so that a gene known as Lin28a would remain active in mature tissues. Normally this gene is active in early stages but shuts off soon after birth.

These findings emerged after researching the Lin28a gene that can reverse the aging process in human cells. Since young mammals can recover much better from damage than adults can, tissues can even be regenerated in the womb.

In recent years this gene has caught the attention of scientists since it can reprogram non-production cells and thus rewinding them back to their embryonic-like state. However, this work led researchers into studying the enhanced healing abilities of mice when the Lin28a is awakened.

The implications of having the Lin28a gene switched on is it would impose a great deal of influence in how the mice’s bodies would heal.

The unintended side effects of having this gene remain activated, gave the mice enhanced healing and regenerative powers, revealing super growth abilities.

As Daley explains in the Scientific American: “We knew [Lin28a] could reprogram cells back to [embryonic-like] stem cells but we made this discovery largely by accident.” The team’s findings were published in the November 2013 issue of Cell Journal.

The researchers discovered that the healing powers of the genetically engineered mice could be replicated by giving them non-genetically altered drugs that helped to activate certain metabolic processes. This is the same pathway the Lin28a stimulates, amplifying and revitalizing cells as if they were much younger.

The study showed that perhaps some of the reasons that most animals cannot regenerate lost limbs is due to their metabolism. The findings of the Lin28a exposes that when this gene is turned on, expressing a protein in the body, then the metabolism is greatly increased.

This fools the body into believing that it is younger and starting a complex equation of chemical reactions that generate energy. The same mechanisms that would normally provide cellular energy can in addition drive exotic regeneration for wound healing.

However, the mysterious Lin28a healing powers could only be extended up to a certain point. At five weeks of age, when mice are no longer babies, the scientists were unable to regrow their limbs, even when stimulating the gene. Also, mice with the Lin28a turned on were unable to repair damaged tissue to the heart, perhaps indicating that the protein is not equally effective in other parts of the body.

The developmental biologist specialist, Yui Suzuki at Wellesley College, who was not involved in this study, argued that maybe mice can regenerate smaller organs, but not larger ones. Smaller organs would be immature toes and larger organs would be the heart of full-size digits, but this is not gospel.

Scientists have long observed human limb regeneration research as the holy grail for providing a cure for losing an arm or a leg, to grow back lost limbs, making artificial limbs obsolete. However, understanding how to go inside the body to change the default mechanism in how a human responds to a traumatic 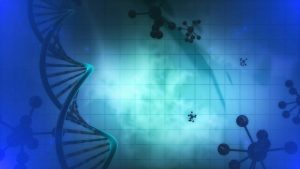 injury, is so far a work in progress.

The good news is that researchers are getting closer to the dream being within reach in our lifetimes. I would say perhaps within ten years it will start to become science fact.

Along with the study into the Lin28a gene, there are also other genes that play a part in regeneration that scientists need to look at to understand what part they play in the regenerative pathway. Allowing humans to one day regenerate body parts the same way as the Axolotl (Mexican Salamander) and Starfish do.

We do have some regenerative capacity, for instance, we can regenerate our fingertips if they are lost down to the first knuckle providing some of the nail bed is still intact. If you look at the following article I wrote up on Fingertip Regeneration, this is now possible with a type of stem cell technology available called Extracellular Matrix.

In human adults regrowing of the fingertips will not usually occur unless outside medical intervention is provided. This process is depended on the presence of stem cells known as ‘Wnts’ located in the epithelium within the nail bed.

The above research into the Lin28a gene could allow us to open up our regenerative playbook of other genes involved in the healing process that operate along with Lin28a and imitate their effects. The team learned that one of the gene’s targets is the microRNA which is a non-coding RNA molecule that is called “let7”, which regulates hundreds of other genes. The conclusion here is that the Lin28a gene can set off a complex array of genetic interactions.

Daley and his team’s next step is to focus on reactivating the Lin28a regenerative pathway to stimulating wound healing in internal organs. The gene has been linked to the predisposition of diabetes and the puberty timing in mice. Daley highlights, “This is a gene that has now stimulated tremendous interest, and that is a testimony to its central role in many areas of biology.”

These research findings were based on work published back in November 2013 and we are still not there where an exotic medical cocktail could be given to enhance regeneration in the patient. At the moment there is no drug as of yet that can turn on the Lin28a gene in humans. Daley points out that this is important research into the implications of regeneration in humans and he hopes it will spur other research that would have clinical applications.