Scientists have identified key genetic genes in Lizards that may take us a step closer to Limb Regeneration in Humans. Specific genes that are used to regrow a lost reptile’s tail have been discovered by researchers and it is proposed a similar recipe could be used in humans for regeneration.

The technologies behind prosthetics have traveled a long way from the days of old. Such as the classic scenes in movies where the captain or pirate of the ship walking around with part of his leg missing with a wooden stump attached.

Today however, depending on the injury and the complexity of the technology of the artificial limb, it may go unnoticed and the patient can go on to achieve the most challenging of goals in their lives. 3D printing technologies exist that can now print the prosthetic and make them more trendy and the appearance customized to the patient’s needs. A company specializing in this technology for amputees, believe that eventually medical science will progress to 3D printing with stem cell technology resulting in generating or ‘regrowing’ a new bio-limb based on the patient’s own cells.

Despite the amazing advancements in prosthetic technologies, there is no substitute for putting things back the way there were before. In understanding how limb regeneration in humans can be developed with new emerging technologies.

What if we could make prosthetic limbs obsolete?

How about if we could program or switch on certain human genes that would allow for missing human limbs to grow back? Well thanks to the research done in lizards, specifically Green Anoles, the dream of human limb regeneration is now starting to crystallize into a more clear road map of how it may one day be applied in the future. 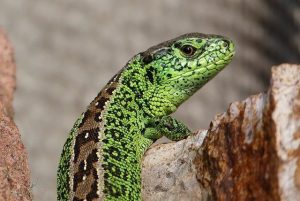 A massive team of 19 scientists from around the world, studied, green anoles because of their closest relation to mammals that are able to regenerate entire appendages. Anoles have the ability to shed their tail to escape a predator and will then magically regrow back the missing tail in around 25 days!

The researchers identified the genes necessary that anoles use to regenerate. A total of 326 genes are used for the trick to work. The team also discovered that 302 of those genes being remarkably similar to what mammals have. They feel that with similar DNA patterns, this will allow to understand how they could go on to regenerate spinal cords and even missing arms and legs in humans. The group published their discoveries in the PLOS ONE online Science Journal.

During the first 10 days after the lizard had lost its tail, the injured site will heal and scab over like any other injury. The wound will have new blood vessels forming and soft tissue will close the area off allow it to heal. After about 2 weeks a new tail will start to form with nerve tissue being generated from the creature’s spinal cord. Soon, new soft tissue begins to line the new appendage, and a tube of cartilage forms. This will develop into tail bones in 2 months.  Amazing! You can see the process take place in the video below.

The Implications are Huge!

The discovery of this genetic mechanism has the potential to be a real game changer with 10 million people in the world whom have lost limbs due to diabetic related diseases or injuries.

Such new technologies could also be used to restore function to paralyzed people with spinal cord injuries. Spinal cord regeneration is another explosive topic in the field of regenerative medicine that is destined to fundamentally transform paralyzed patients. Allowing them to walk again and no longer confined to a wheel chair.

All these kinds of new revolutionary treatments will not only fundamentally change our lives but will also greatly reduce the phenomenal high medical costs that is associated with patients of these kinds of injuries and disabilities. For example someone confined to a wheel chair and/or suffering from limb loss, they will require constant medical treatment and care through out their lives.

While research and development is expensive now with no real immediate benefits going directly to the patient, in the long term it will greatly reduce costs and, the most important factor of all, improving the patient’s quality of life.