The group of scientists from Kyoto University found that this integration mechanism has the potential for transplanted tissues to be combined with original organs and limbs of the patient that had been lost.

These discoveries came from the concept of reverse engineering what some amphibians such as the Newt can do. They can regenerate smaller but fully functional limbs once the original part has been detached.

Frogs are considered the halfway between amphibians and mammals that don’t have the ability in growing back limbs. In the case of frogs, they are able to regenerate cartilage rods that manifest from the damaged area. However, these cartilage rods do not have any joints and thus cannot bend.

Functional joints need to have multiple tissues that have been integrated. For this to occur, tissues need opposing skeletal components that create an interlocking architecture with muscles that insert into the skeleton tissues, across the joints at the tendons. Frogs do not have this gift of tissues that are able to reconnect but Newts can.

The Japanese researchers in their study found that frogs with a detached limb have been able to regenerate an elbow that expresses the original tissues. This is due to what was mentioned above about the relationship between new tissues and what was remaining.

The conclusion was that the tissue in the joints was observed to be “more similar in size [and length] to the original limb,” according to the team led by Kiyokazu Agata in a statement to the press. 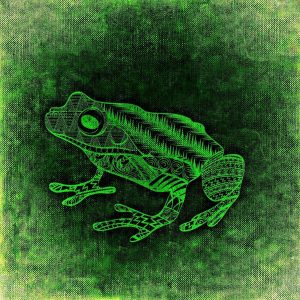 They labeled this process Interaction Mechanism Reintegration, and the scientists now intend to carry out further research into how this works, with the intent of regrowing and activating functional joints in mice, and see if they can replicate a similar mechanism.

The scientists believe that this process of “reintegration mechanism” can eventually bring about limb regeneration in mammals that do not have this ability and especially with humans.

“We expect that by applying this approach to other animals, we may also achieve functional joint regeneration in mammals including humans in the future.”

This kind of study is, of course, essential for humans who have suffered from limb loss, and one of the reasons for the creation of this website is to bring greater awareness to the public mind.

I intend for this website to be a vast library of research that has been done over the years.

In addition, I also intend to interview many high profile scientists in this domain of regeneration and have these interviews available on this website, along with how we can best support them.

As mentioned in another article on this site studying limb regeneration for humans with oxygen, in the United States alone, there are nearly 2 million amputees. Vascular diseases such as diabetes and peripheral arterial conditions make up an astonishing 54 percent. Physical trauma makes up 45 percent, and cancer covers less than 2 percent.

The number of amputations that take place in the United States is approximately 185,000 per year. Medical costs of these amputations in hospitals have reached an insane $8.3 billion and higher.

Regenerative medicine while expensive now in research and development will benefit financially the medical industry in the long term and of course improving the quality of the patient’s life.

Sadly, the mortality rate of those who have lost limbs due to vascular disease is very low. Such patients are expected to die in 5 years. People with breast, colon, and prostate cancers have a higher life expectancy.

So you can see this is really, really tragic and we have not got into physical injuries such as vehicle and other kinds of accidents, terrorist horrors like the Paris attacks, Boston, Madrid bombings and 9/11 attacks.

Considering these kinds of atrocities, intending to do as much harm to people as possible, the urgency of Regenerative Medicine research and Stem Cell Development is paramount. 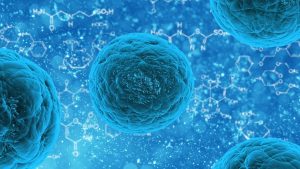 We may not be able to stop these kinds of atrocities but we can be in a better position to help people with such injuries.

Medical Science has become excellent in the survival rate for patients from traumatic injuries and blood loss. In the Boston bombings, 3 people died, with over 264 people injured, and around 15 of those suffered limb loss.

War veterans coming home from Iraq and Afghanistan, due to better emergency medical treatment on the scene, however, something like 1500 troops had experienced limb loss, horrific burns, and other disfiguring injuries.

Due to the survival rate being very good, the untreatable permanent injuries that the patient has to live with has got higher.

This is where regenerative medicine come in to play where stem cell technologies can provide solutions that will get the patient on a more regenerative pathway of recovery, with the long term goal of growing back what was lost or damaged.

For further information, you can refer to the scientist’s paper for a more in-depth analysis of growing back limbs with functional joint regeneration. It is also available in HTML format at the Wiley Online Library, that discusses in great detail their findings.